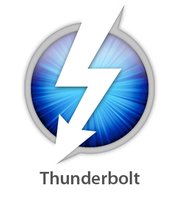 Steve Jobs in his announcement of the Apple iPad 2  emphasized that client computing has reached a Post-PC era. In fact, Jobs cited the complete product line of Apple iDevices as leading the way into the new Post-PC era of computing . Nowhere has this  Computing Divide of the Post-PC Era  been made more apparent than in a recent comment in the NYTimes about the the new Thunderbolt connector announced for the also new Mac Book Pro. Thunderbolt allows for 10Gbs data transfers, 10watts of power to connected devices, and ability to match up with a diverse array of existing connectivity options like PCI and USB. So whats is the problem?

“Let me get this straight: RAID arrays, video capture solutions, PCI Express performance, workstation-class projects (on the go, no less), Gigabit Ethernet and Fibre Channel networks.I know it’s called MacBook Pro, but, really? Not a lot here sounds like it has any relevance to your average consumer“.

“That’s not to say Thunderbolt is not without value to some. Hardcore users of laptops and people who work in video (the kind of people the MacBook Pro is designed for) will love what Thunderbolt can do, but what about the rest of us? What’s in it for regular folks?”

And there you have the current Computing Divide and the reason for the explosive growth of smartphones and tablets. Most consumers could care less about about super CPUs or 128MB Graphics Processing Units or 1Terabyte SSD hard drives or very fast Thunderbolt connections. This is the huge segment of the PC market that wants to do social networking, talk on a phone, watch videos and movies, take and write notes in class/at work, browse the Web and then play games or use a few specialty apps. And they have voted with their bucks to the tune of over 200 million smartphones, 15 million iPad tablets and a projected 60 million more tablets this year. They are going elsewhere than PCs.

And their bucks-votes demand:
1)all day battery life of 8-12 hours minimum;
2)light weight of 1.5lbs or less for extreme portability convenience;
3)no keyboards, power-cords, or other tethering connectors;
4)a display on a super readable, durable screen of not less than 800 x 400 pixels;
5)easy to use and remember how to use multi-touch and gesture driven screen  user interface;
6)and enough computing power and broadband connectivity to watch those movies and play those games with no jitters.

Ye Editor suspects these mobile devices comprise more than half of the consumer PC market and with the emergence of dockable tablets will quickly become more than half of the business PC market as well. The smaller, left-over PC segment goes to the creatives and the operators [gamers, stock market analysts, project managers, etc] who need multiple screens, lots of data, and or specialized peripherals. This is the first Computing Divide – the emergence of new clients for computing system[be they stand alone or cloud computing or network served] which don’t run Microsoft Windows as their primary OS. But that engenders  a Second  Divide discussed immediately below.

In sum ,two tiers in computing are fast emerging – consumers-oriented  tablets and smartphones which run an array of new client OS versus highend creatives/operators on traditional PC desktops and laptops. And this will create another divide – the proprietary, platform devoted apps and program development processes versus the cross platform ones.

Right now HTML5 and Web apps are being reserved for cross platform development on smartphones and tablets.  Unfortunately, there are some serious gaps in what HTML5 can currently deliver in a common/standard cross platform way. These “cross platform HTML5 apps” have performance gaps, lack some PC features, and have mobility challenges versus the proprietary solutions used on leading smartphones and tablets[iOS based Objective C, Android’s wonky Java as Dalvik, Blackberry’s QNX/OS environs, etc]. That is why traditional cross platform solutions like Java and Flash, which are “programma non grata” on Apple’s iDevices are so important.

This exclusion of two key cross platform development tools currently clouds the development field in smartphones and tablets. Butcomputing in general ch already has big cross platform problems -isolated  silos of misinformation – in the current PC dominated computing world. So more UI platforms to choose from but fewer, robust cross platform tools to work with is the current conundrum facing computing and software development in general. Note to stock investing self: which two former PC belligerents are not at all and barely staying in this new, fast emerging mobile computing marketplace? Hint one is looking in the windows and the other is asking Watson what do you do when you are no longer a real player in major computer innovations.

So once again, a widespread consumer lead adoption, as in the case of original PC and the emergence of the Web, now leads Enterprise Computing into the Post-PC Era. Meanwhile not just software developers but IT administrators are desperately scrambling to keep up with the consequences of the Second Divide – the already small list of viable cross platform development tools for the PC/Client-server era meets the highly proprietary software development tools that are part and parcel of both Cloud Computing and Mobile Smartphone and Tablet development. And don’t hold your breath for HTML5 and the Web to be the great development uniter.