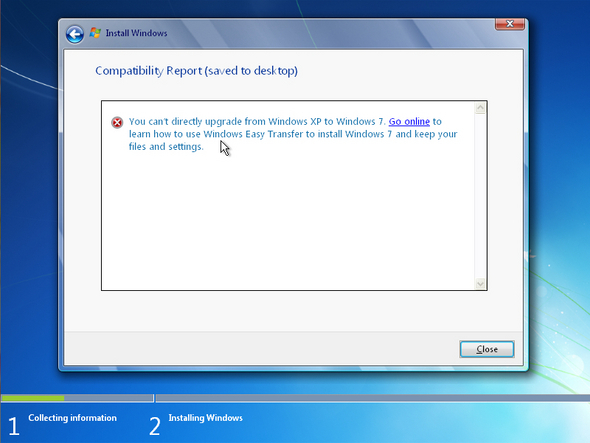 We have titled this note a la Steve Ballmer mode [you know “developers, Developers, DEVELOPERS”] as Microsoft CEO Steve Ballmer pledged allegiance to Microsoft’s developers. I suspect that ordinary Windows users, including most businesses, wish that Steve had made an equivalent pledge to Windows users. Nope – instead he delivered Vista which is slower, more bloated, and more cumbersome to use than any other version of Windows. Now, Ballmer and company in their infinite wisdom, have decided to make it impossible to upgrade directly from Windows XP to Windows 7. Imagine – the currently most popular version of Windows, XP, cannot be upgraded to Windows 7 directly [but you can do so from XP to Vista]. Thanks Steve and company.

Instead see what fun Microsoft has in store for you as described by Information Week.

Is Microsoft a company that values its Windows user base?  Like Elizabeth Barret Browning, let me count the ways they love us:
1) Windows 7 loves to be not much faster than Vista and still slower than Windows XP. Microsoft hopes that while running in 3-8GB cheap desktops and laptops you wont notice or care.
2) Windows 7 loves to be incapable of running most Windows XP games, programs and applications. Yes there will be an XP compatibility mode – but be forewarned you must buy the $299.99US Pro version –  see here how much fun it is to figure when and how to run that beastie. And as for the upgrades to Windows 7 capable programs ….
3) Windows 7 loves to be no better on RAM usage including memory and handle leaks such that after 5-8 hours of usage you better reboot “to clear the system”.
4) Windows 7 loves to be another major learning exercise for users who will not recognize most utilities and apps from Windows Vista nor Windows XP. So much for being “People Ready”.
5) Windows 7 loves to be such an obscure if not obtuse purchase choice such that a monster table [see here] describing just the bare outlines of choices available to you is required. Note the prices.

Thank You, Windows 7,  for The Opportunity

Every problem is just an opportunity for others. Now Apple with Virtual PC, Citrix with XenDesktop, Oracle with Sun’s xVM and VMWare with Workstation have the opportunity to shape the upgrade to Windows 7 to their advantage on their own  machines. These vendors could provide the reverse – run Windows 7 in an XP or Mac or  Linux or Solaris base machine. Businesses and users would get to see first hand how much faster these operating systems are relative to Windows 7 and Vista. The Virtual OS could be setup to maximize connectivity to Apps and programs of partners or their own which these Virtual Vendors want want to promote.  The cost for most will be minimal – as Business  and End users would  provide the Windows 7 install disks.  Some users might be inclined to stop and stick with the new hardware and software as they wean themselves off Windows and move to the Cloud. At the very least, businesses will see how serious these various  Virtual OS vendors are at solving real-world problems for them. Oh and if these Virtual Vendors choose to do virtually nothing, well Redmond is coming after their businesses with renewed vigour. Again – thanks for the opportunity to fish or cut bait.